That’s probably already more than you knew about the Lady Godiva story but here are 37 facts about Britain’s first celebrity streaker. 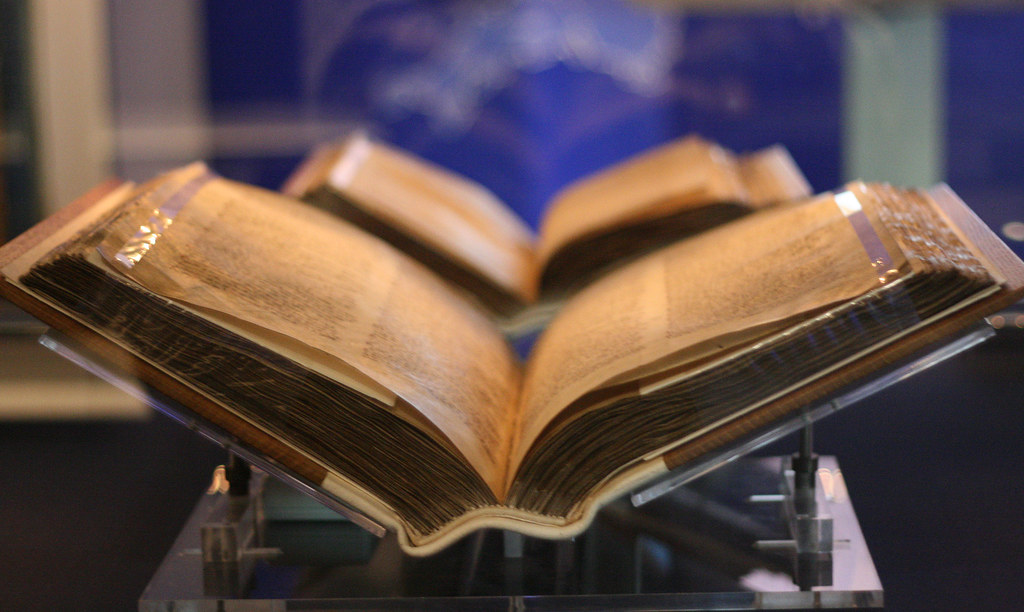 Lady Godiva is mentioned in the Domesday book. Godiva was described as holding estates across eight counties, including the village of Coventry.

Documents show she funded churches and abbeys in places such as Evesham, Worcester and Chester. Lady Godiva died in 1067 and was buried in what became Coventry’s first cathedral.

2. Lady Godiva’s total wealth was estimated in the Domesday Book at a little over £160.

£160, all that Coventry and the Midlands was worth in Godiva’s day

It literally meant “God’s gift”. It was an ordinary old English name but it fell out of popularity about 1100, so later guesses at its pronunciation produced Godiva. The honorific title Lady was added later.

4. The Domesday Book was commissioned in December 1085 by William the Conqueror.

William the Bastard (as he was known before he conquered) invaded England in 1066 prompting the battle of Hastings, which he won when English King Harold was killed by an arrow in his eye.

The first draft of the Domesday book – Britain’s first census – was completed in August 1086 and contained records for 13,418 settlements in the English counties south of the rivers Ribble and Tees (the border with Scotland at the time).

The tax collector, Leofric, was Earl of Mercia and Lord of Coventry. He was wealthier than Lady Godiva. He died in 1057 and she inherited his estates.

Aethenot, Lady Godiva’s horse on which she rode at a gallop, sidesaddle

Aethenoth is usually described as being grey, or “milky white”. Aethenoth is a male name so horse buffs can assume he was a stallion, probably about 16 hands high, by the look of the images and statues.

7. Godiva is reported to have galloped

Horse riding and equestrian fans will be interested in how she rode. For the sake of dignity – as she was naked – let’s assume she was sidesaddle  as shown in many paintings and statues (queens and princesses still ride sidesaddle, after all).

8. Godiva was described as having long hair

It was ‘reported’ that she loosened her hair so that it covered her body except for her legs. This is thought to refer to the Bible (Corinthians) verse: “If a woman nourish her hair, it is a glory to her; for her hair is given to her for a covering”.

9. There is not a scrap of evidence from Godiva’s time that she rode naked or otherwise as a protest against tax

The Evidence folder is empty.

The story first appeared many years after her death.

10. The first mention of the Lady Godiva story appeared in Roger of Wendover’s Flores Historiarum – Flowers of History – in 1235.

John Collier’s Lady Godiva, 1898 (not sidesaddle in this version)

Roger of Wendover was a monk in St Albans, Hertfordshire. He wrote the first account of the Lady Godiva tale about 200 years after the naked horse ride was alleged to have happened.

11. Roger of Wendover is now thought of as a collector of stories and legends.

The grand entrance to the Cathedral at St Albans

He was known for his exaggeration and spin, rather than as a historian. He may have picked up the legend of Godiva from those passing through St Albans travelling from the Midlands to London.

Monks from Coventry certainly stayed at the St Albans monastery for a while about that time, so he may have got the story from them as they exaggerated the Christian goodness of the benefactors of their monastery.

12. The Lady Godiva story was popularised by Roger of Wendover’s more famous protégé Matthew Paris in his Chronica Majora of 1250.

Matthew Paris, from his own drawings. Linked from St Albans Cathedral

This, confusingly, also contained a Flores Historiarum that became one of the most popular “history” books of its age.

13. Matthew Paris had a personal dislike of all taxation.

The beheading of St Alban, by Matthew Paris

His anti-tax bias is thought to have led to the story being altered to specify ending collection of a tax (a toll), rather than the general relief of Coventry’s poor, which was in the original story.

Inside the Cathedral at St Albans

15. The St Albans Benedictine monastery is now called the Cathedral and Abbey Church of Saint Alban.

16. Coventry was incorporated as a self-governing town, with its own elected officials, in 1345.

This was more than 300 years after Godiva’s alleged naked horse ride. The council still uses the Godiva myth in its corporate logo.

17. In the original story there was no mention of Godiva asking the people of Coventry not to look

The added detail that Godiva was a pious lady, asking the people to stay indoors when she rode, appeared in the 14th century. It may have been designed to attract religious pilgrims and their tourist money to the city, to cover up the city’s pagan past, or to give the newly incorporated town its own sense of character and history.

Versions refer to the town’s government issuing instructions to the people to stay indoors. At the time of the alleged naked horse ride, Coventry was a village of about 350 people, with no governing bureaucracy, so there could not have been any official edict. That’s the problem with rewriting history – you get found out. Video from the 2015 Godiva Festival.

18. Peeping Tom – the one man who allegedly did look – was added to the story in the 17th century by Puritans.

The Puritans wanted to sully the image of the church prior to the Reformation. Tom was said to be a tailor and the claim is that, because he looked through his window at Godiva, he was blinded by God.

The first literary references to a “Peeping Tom” figure was in 1634. By 1659 it was a well-established story that Peeping Tom had looked out of the window at the naked Godiva and been either blinded or, in some versions, killed by God.

19. There is a statue now called Peeping Tom in Coventry that dates back as far as 1500

But it was not called Peeping Tom then. It was first called “the fellow who peeped” in 1690 and “the Peeper” in 1723. It was used in recreations of the Godiva story but had to have its arms broken off to be moved in and out of windows. It was first used in processions in the 17th century (there are expenses recorded for wigs and painting the statue in 1765).

20. This wooden effigy of Peeping Tom can currently be seen in Coventry’s Cathedral Lanes Shopping Centre.

The eyes appear blank, but that may be because the paint has worn off over the years.

21. Godiva’s husband, Leofric, dared his wife to ride naked because the Roman and Greek paintings she loved contained a lot of nudes

Legend says he promised to cut taxes if she rode naked like the ladies in her favourite paintings.

22. Ranulph Higden’s Polychronicon of 1257 reported that all tax collection ceased in Coventry at the time of the alleged naked horse ride protest, except for taxes on horses.

23. A later inquiry ordered by Edward I, who reigned from 1272 to 1307, confirmed that tax collection – except for taxes on horses – had stopped.

24. Leofric is said to have converted to Christianity as a result of the naked horse ride (or because Peeping Tom was blinded by God for looking, if you believe the Puritans)

Evidence shows he had previously sacked churches and monasteries but did convert. His first known religious act came in 1043, when he founded a Benedictine house for an abbott and 24 monks on the site of St Osburg’s Nunnery in Coventry, which had been destroyed by Danes in 1016. This later became the Cathedral of St Mary.

25. Lady Godiva is said to have had her jewellery melted down to make crosses for the abbey.

26. Leofric died in 1057 and was buried in one of the porches of the abbey church.

Sign reads: “Leofric and Godiva are said to have been buried respectively in the two porches which stood near this spot”

27. The remains of the abbey, which became Coventry’s first cathedral, can now be seen in Priory Row.

Priory Row, includes remains of the abbey built by Leofric and Godiva

28. The hated tax was called a Heregeld.

Coins from Canute’s era, in the British Museum

The Heregeld was a specific type of Danegeld that was used to fund a small mercenary army that acted as a bodyguard to Kind Canute (sometimes written Cnut).

29. The tax was calculated based on a hide of land, which was said to be enough land to feed a family.

However the tax was calculated it would have hurt the people of Coventry.

Hides varied in size, but records show that the abbey in Coventry had three hides to feed its 24 monks. The amount charged on hides varied. How each free man (or woman) who owned the land raised that from the ordinary people who farmed the land varied too. Leofric collecting the tax would have meant the people of Coventry going hungry.

Battle of Assandun, with Edmund Ironside (left) and Canute, by our old friend Matthew Paris in Chronica Majora

After two years, he felt sufficiently in control of his new kingdom to pay off all but 40 ships of his invasion fleet, which were retained as a personal bodyguard, with a huge Danegeld (tax) of 72,000 troy pounds (26,900 kg) of silver collected nationally, plus a further 10,500 pounds (3,900 kg) of silver collected from London. The largest single collection of the Heregeld tax came in 1018 and totalled £82,500 of which £10,500 came from London).

32. Canute also became king of Denmark and Norway, giving him control of a huge northern empire.

A Christian, for reasons of politics as well as faith, Canute went on a pilgrimage to Rome in 1027. Canute was buried at Winchester.

33. Canute’s empire failed to survive due to fights between his sons and the factions led by the strong earls of Northumbria, Mercia (Leofric) and Wessex.

Leofric and Godiva from the 1955 film Lady Godiva of Coventry

So Leofric’s power was part of the reason why Canute’s son and heirs failed to keep their father’s grip on northern Europe after Canute’s death.

34. Canute did not try to hold back the tide as schoolchildren are mistakenly taught.

He rejected his courtiers’ flattery and wanted to show them that he could NOT stop the waves. Later hostile writers said it showed madness.

35. Godiva is a poem by Alfred, Lord Tennyson.

36. Godiva is now more famous as a brand of Belgian chocolates.

The company says: “Such decadent and irresistible chocolates deserved an evocative name, and the family decided that Godiva conjured the perfect image to represent their luxury chocolate brand.”

37. Lady Godiva is a popular name for strip clubs. 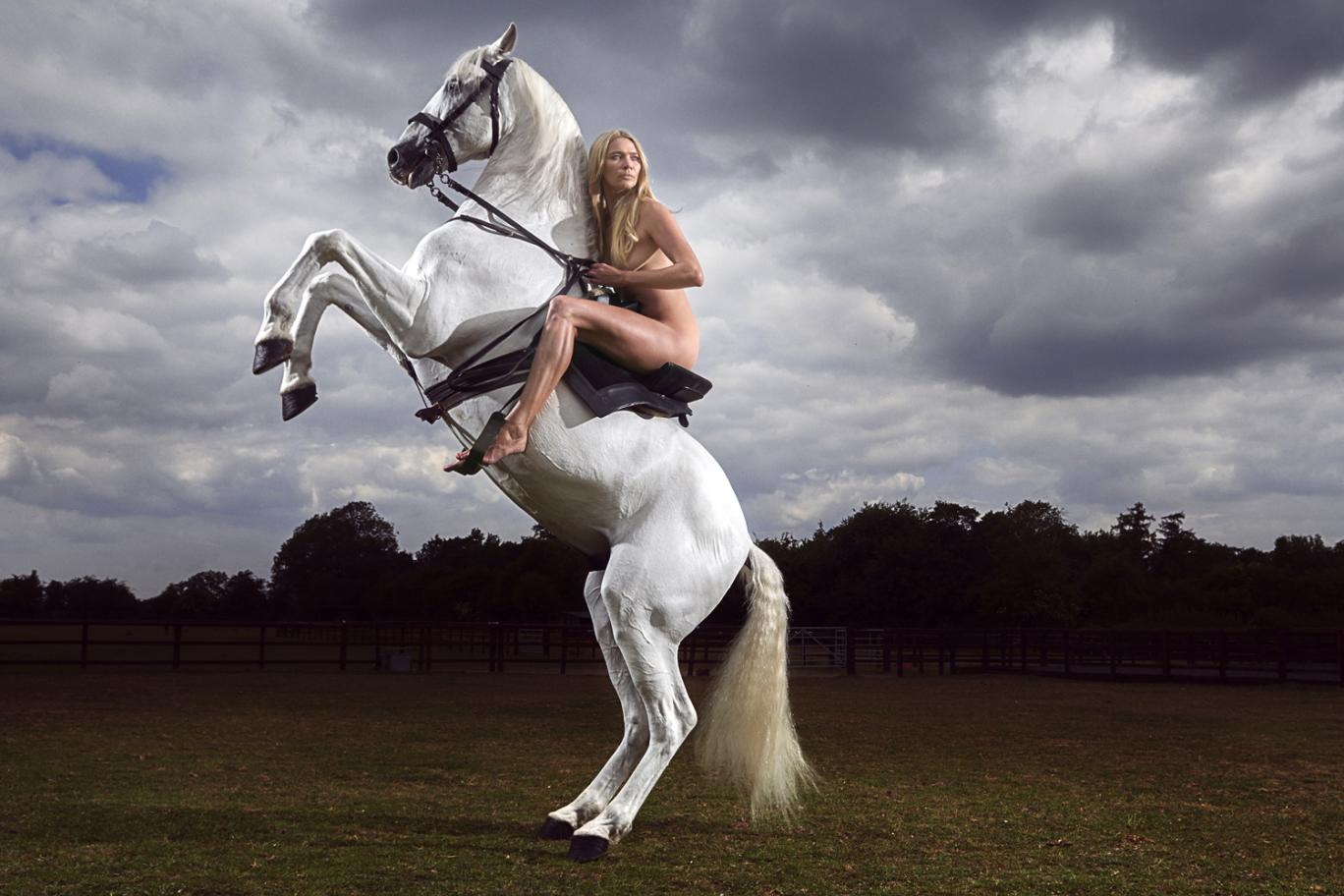 Jodie Kidd strips to be Lady Godva (linked from the Standard)

Website The World’s Best Strip Clubs lists seven of them.